In AC electrical power systems, phase is a definition of the position of a point in time (instant) on a waveform cycle.  A complete cycle is defined as 360 degrees of phase as shown below.

The simplest form of electrical power is a single-phase power converter.  This is represented by a single sine wave. 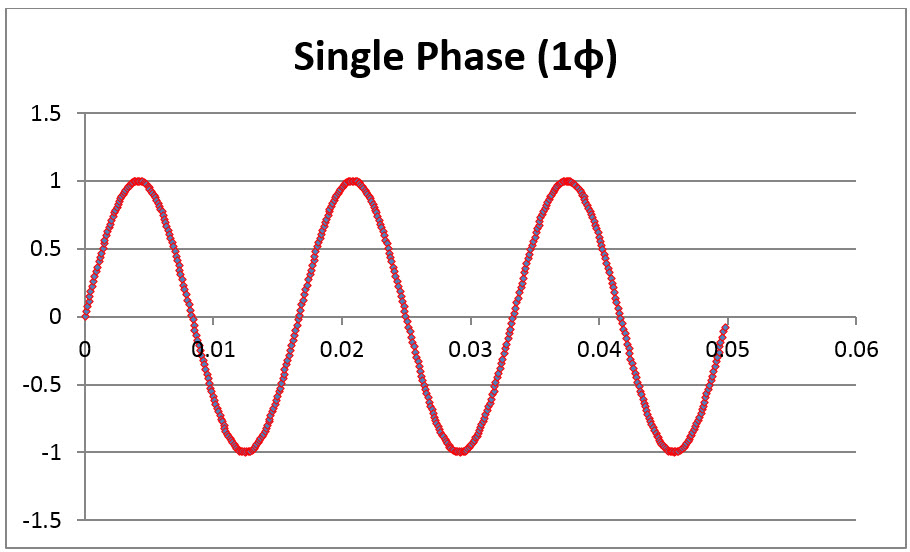 Single-phase line conditioners are used when loads are mostly lighting and heating, with few large electric motors.  In North America, individual residences and small commercial buildings with services up to about 100 KVA (417 amperes at 240 volts) will usually have three-wire single-phase distribution, often with only one customer per distribution transformer.

Typically a third conductor, called ground or protective earth ground, is used as a protection against electric shock, and ordinarily only carries significant current when there is a circuit fault. Phase can also be an expression of relative displacement between or among waves having the same frequency.

What is a Phase Converter?

The quality of the three-phase output is poor but good enough to run a motor load. Since motors above 10 HP tend it be 3 phase only, phase converters are often used to drive larger motor loads.

What is a Frequency Converter?

Traditionally, these devices were electromechanical machines (motor-generator sets). With the advent of solid-state electronics, it has become possible to build completely electronic frequency changers. These devices usually consist of a rectifier stage (producing direct current) which is then inverted to produce AC of the desired frequency. The inverter may use thyristors or IGBTs. If voltage conversion is desired, a transformer will usually be included in either the AC input or output circuitry and this transformer may also provide galvanic isolation between the input and output AC circuits.

We Are Proud to Serve These Companies and More